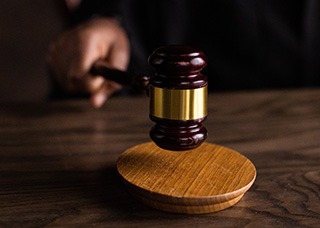 In matters related to child custody in Atlanta, one parent may be given visitation on certain days at certain times. If that parent disregards those orders, bringing the child back hours—or days—later than allowed, then they could be held in contempt. A parent who refuses to pay child support as ordered by the court could be found in contempt and could have their wages garnished.

Usually, Atlanta family law cases are only held in civil contempt rather than criminal. To find a person in contempt, the court must find that there has been a willful refusal to comply with the orders of the court. This willful refusal could come in the form of:

A person who has been found in contempt of court will usually face some type of sanction. These sanctions can come in the form of monetary fines, an order to immediately pay all past due money, or even jail time. Jail time can be indefinite, until the individual remedies the situation by paying past due amounts.

Remember, contempt of court must be a willful or intentional violation of a court order. If the spouse who is ordered to pay alimony truly believed the payments were due on the 27th instead of the 3rd, then they are not in contempt of court—although they must begin following the actual court order as soon as the mistake is brought to their attention.

A motion for the court to find the other party in contempt of a court order must be filed in the same court where the original order was issued. Rather than a new civil action, a contempt proceeding is a part of the primary action (like the divorce or child custody case). To prove contempt, the person filing the action must show the violation was willful.

A person found in contempt by the court could be ordered to pay the other party’s attorney’s fees and expenses. If you are facing Atlanta contempt charges or want to file a contempt case, speak to an experienced Atlanta family law attorney.

Billing by the hour is antiquated. Our flat fee service approach ensures you plan your future with confidence and without the worry of unexpected debt.

Experience matters. Get your questions answered. We promise to show you what your costs will be before you incur them. An outline of typical fees is below.